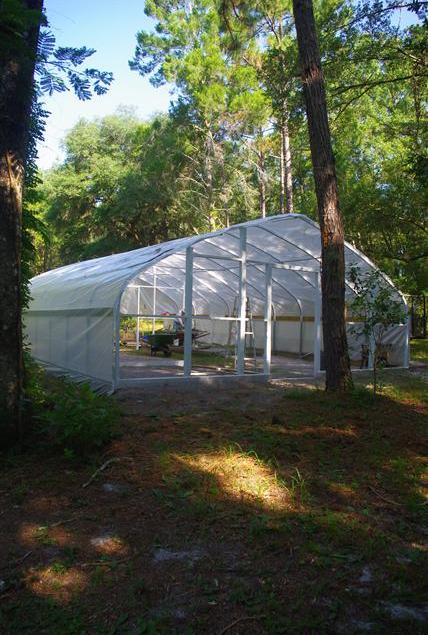 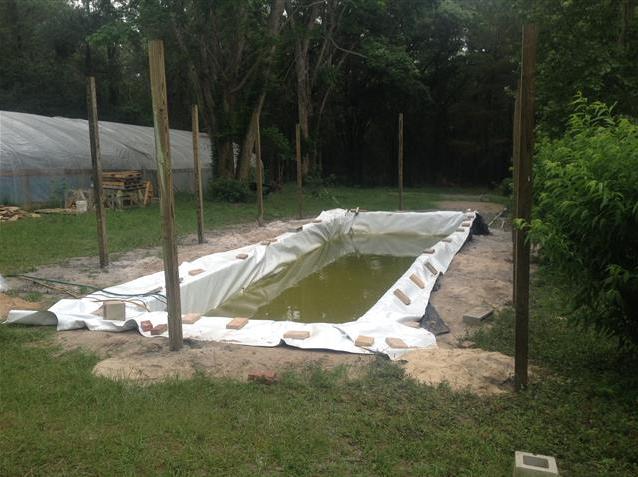 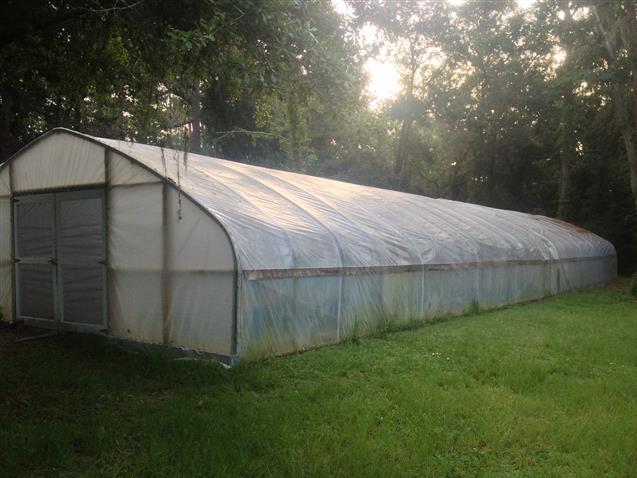 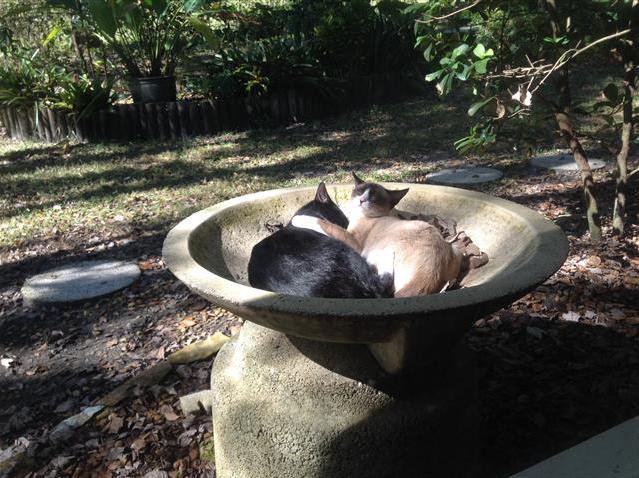 If you look carefully you will spot Mr. Meow!

​​​​This "cold-frame" is the same width as the one in Orlando, just a bit shorter in length. 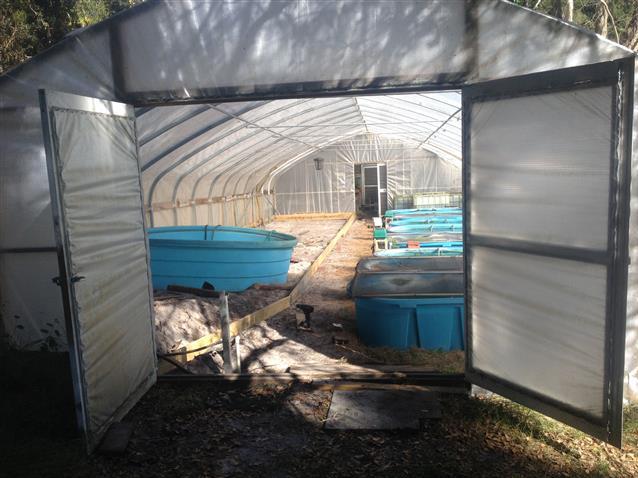 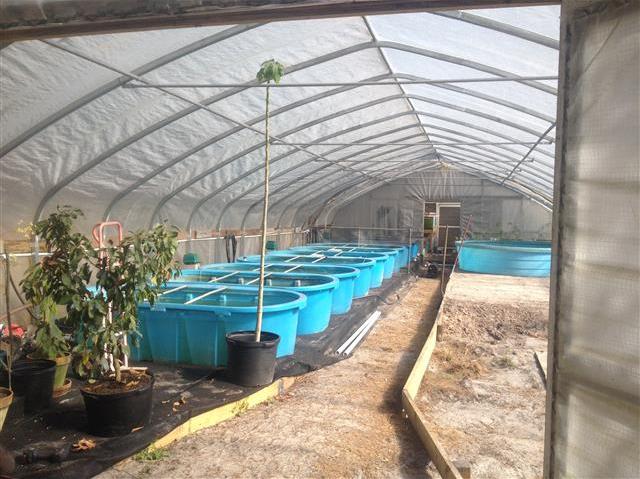 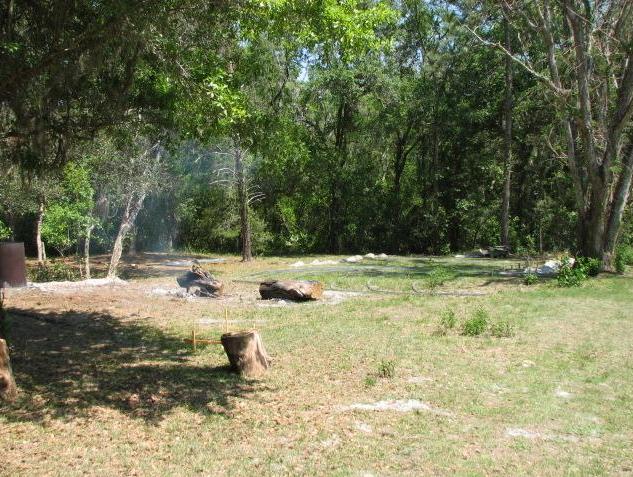 ​The perfect spot!  No trees were cut, these are just pieces of a dead tree we had to remove. 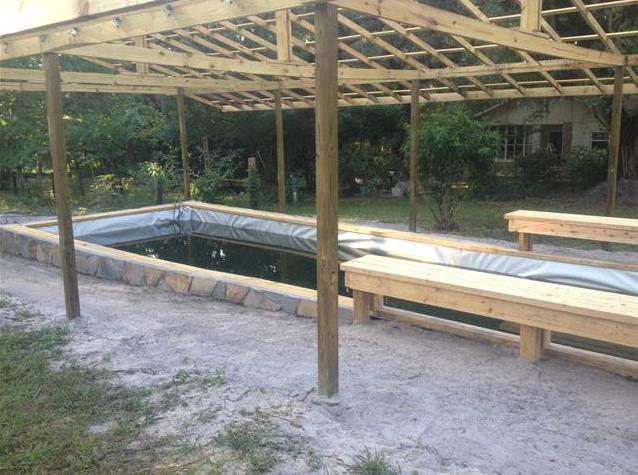 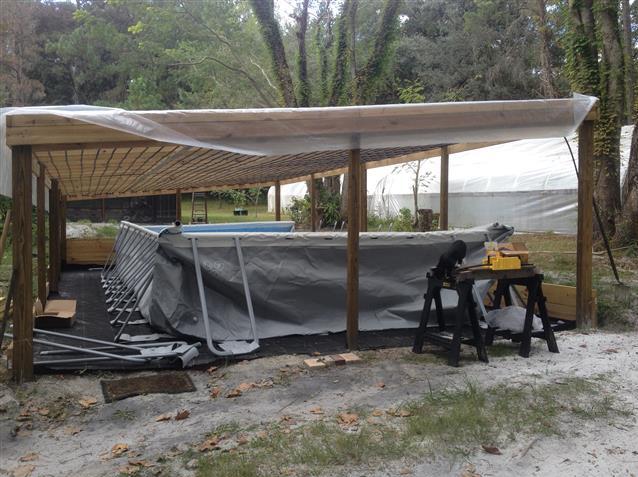 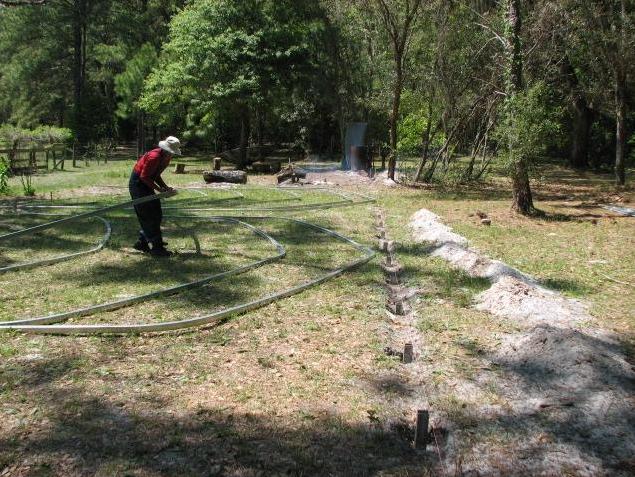 ​Here's my first video!
Just a spur-of-the-moment video I shot when I noticed 4 Blue females carrying eggs in one tank.
It's been a while since I used a video camera so it's not quite my best.

​DUCKWEED! WHOOPEE!
Enough to totally clean the water biologically plus feed the fish!
Check this out: http://www.fishfarming.com/duckweed.html

​A bit to the east of the local fish-loving wildlife I found...

​​​​Some where out there, outside of Kim's "don't even think about thinking about it" zone... 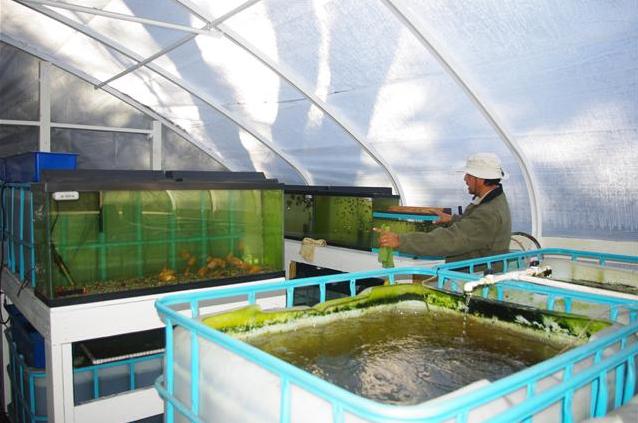 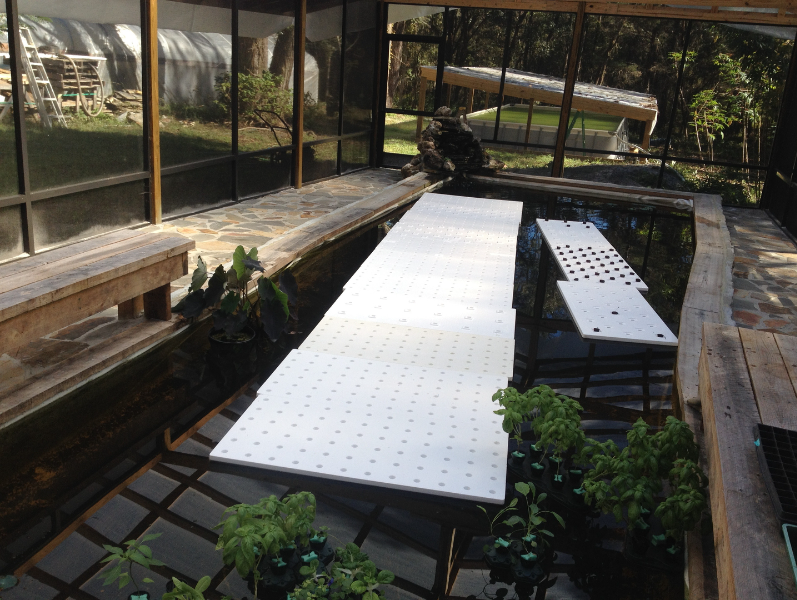 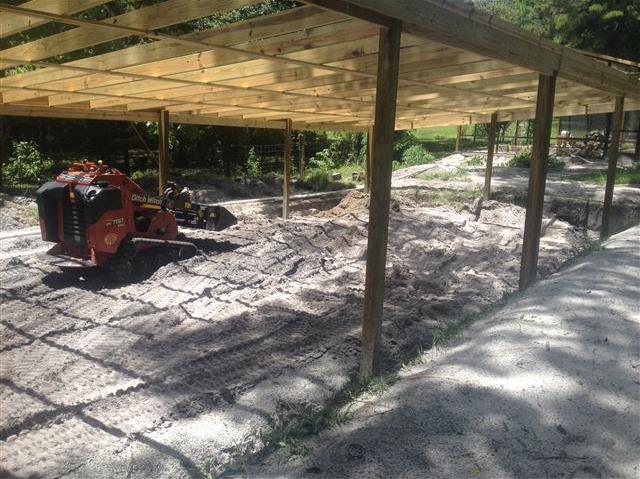 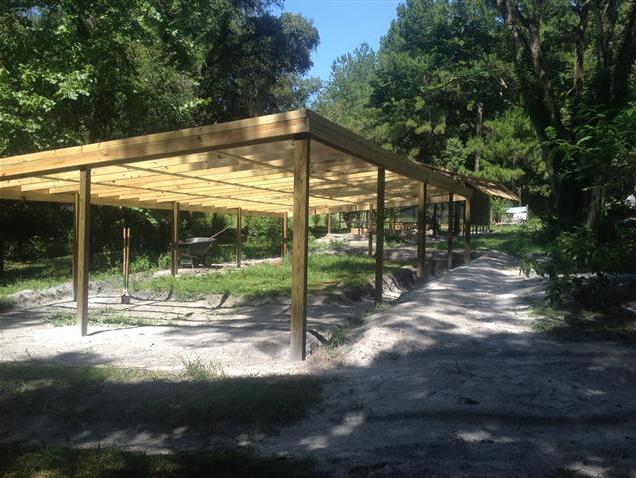 ​I wanted a big-humongous-super-mega-giant "liver" (bio filter) to process all the fish waste. 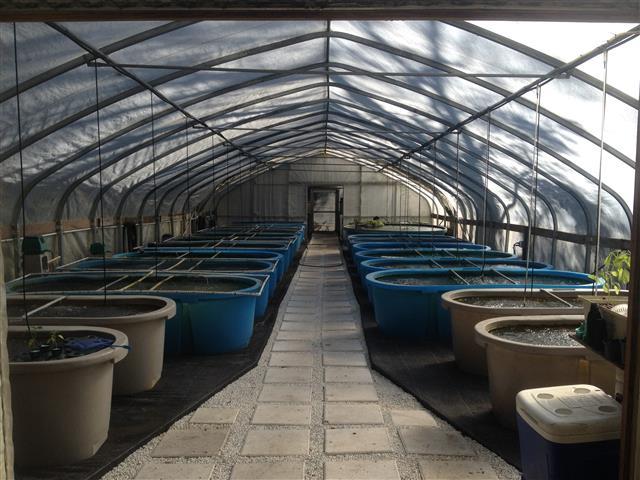 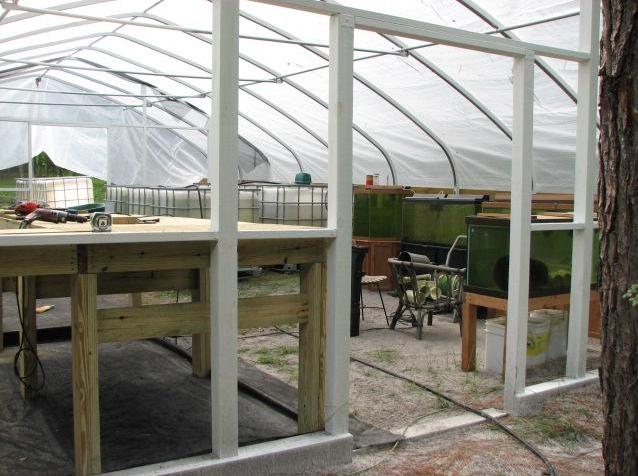 ​And this is their big-humongous-super-mega-giant litterbox!

​​Soon I will post a video of the finished greenhouse. This is just the first part of it.

"Just a bit" of ground leveling was required.

I call it her "Playpen"

Every thing here was designed by her! I just supervised the construction.

But wait! who's playpen is that in the background?
Here is how that went: 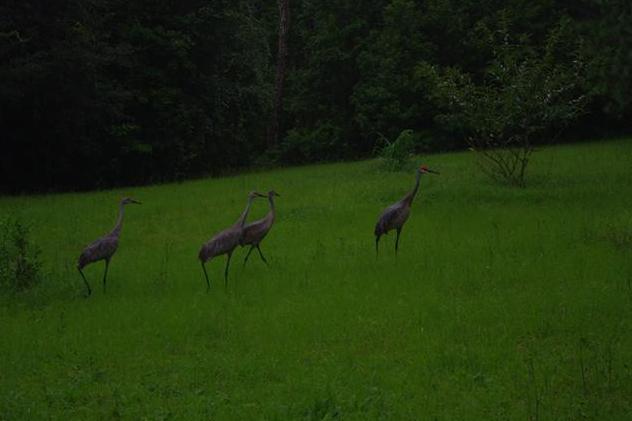 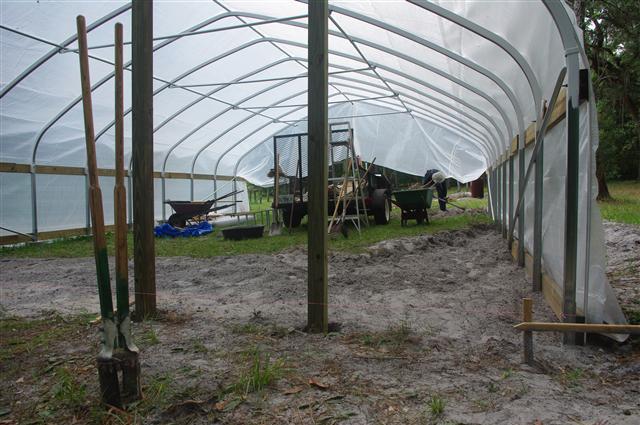 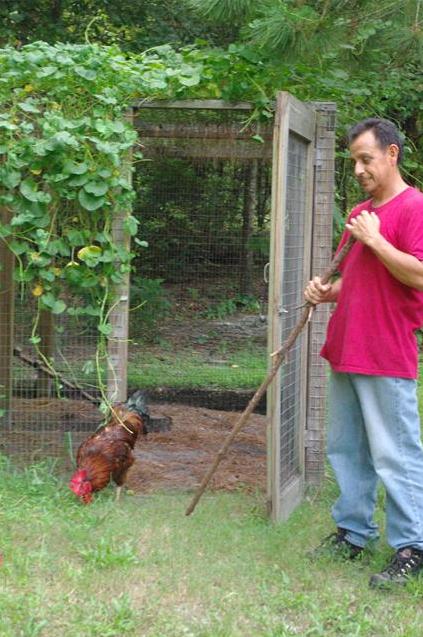 Even under construction, the show had to go on!

And A LOT of fill dirt! 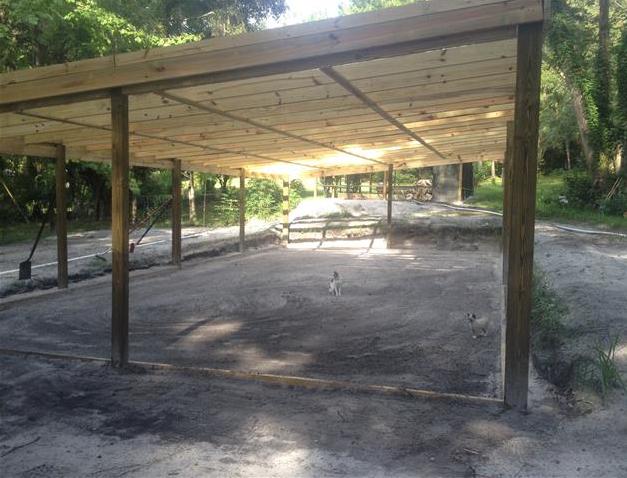 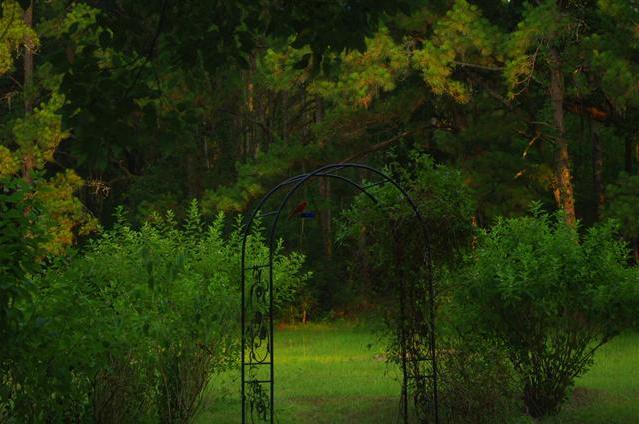 ​Mr. and Mrs. Meow as well as Mini didn't mind giving up their

​On Nov, 2013 I finally finished moving the Orlando greenhouse to Brooksville 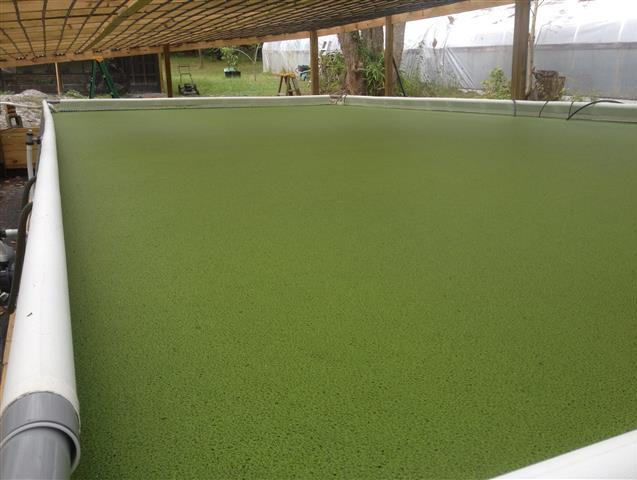 ​LOOOOOVE IT!
Now the rest of the story.